Who Accessed Shelter or Transitional Housing in 2016? HUD’s AHAR Part 2 Report Tells Us 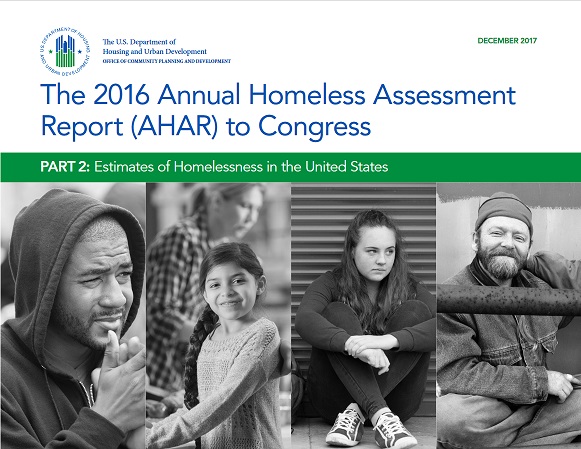 As usual, the release of the Point-in-Time data earlier this month attracted a lot of media attention and spurred important conversations. In the midst of that attention, however, HUD’s release of Part 2 of its 2016 Annual Homeless Assessment Report (AHAR) to Congress did not garner much focus—but that data also tells us critical information about the scale and characteristics of homelessness in our country as well.

The AHAR Part 2 report includes summaries of the 2016 PIT data (which we analyzed at the beginning of this year), but, most importantly, also utilizes HMIS data to estimate the number—and describe the characteristics—of people who experienced sheltered homelessness at any time between October 2015 and September 2016.

We’ve been focusing on looking at new data in recent articles. We’ve looked at how Worst Case Housing Needs Have Gotten … Worse and we’ve examined Further Evidence of Worsening Affordability for Renters. Most recently, we analyzed how the 2017 Point-in-Time Estimates of Homelessness Show Significant Geographic Variations in our Progress Toward Ending Homelessness.